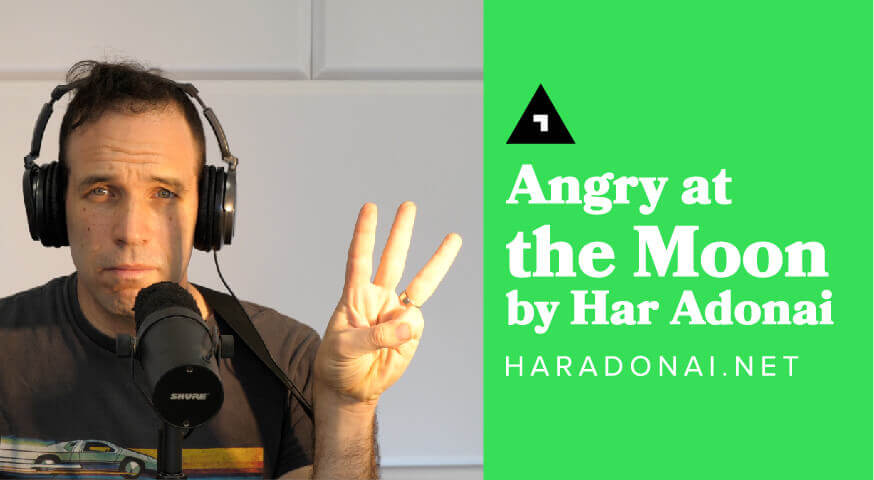 Video: Angry at the Moon

[dropcap]F[/dropcap]atherhood is a strange thing. I am a father. I also have a father. Plus, I have a Heavenly Father, and a handful of other people who have been like fathers to me in life.

Have I treated them well? I remember being angry at most of them.

We’re all human beings, we all fail from time to time. There’s no point in harboring anger towards one another. We might as well be angry at the moon.

And if we don’t learn how to deal with our anger, we’ll find ourselves getting lonelier and lonelier – that’s how it works. No one wants to be around an angry person.

So if we’re angry at the moon, we might as well be angry on the moon.

Check out this song:

Trying hard to embrace the course
that gets business done

Anger welling inside this guy
turning into pain