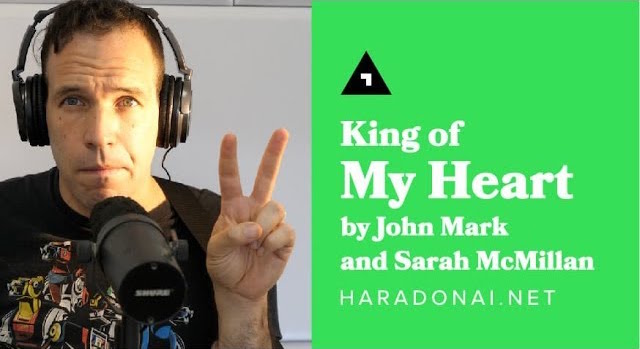 Video: “King of My Heart” by John Mark and Sarah McMillan

[dropcap]I[/dropcap]n the summer of 2015, I was on a family vacation to England. At some point, I was sitting in a cafe with my laptop. I opened up Spotity to listen to music.

There was a recommendation to check out the album “Borderland” by John Mark McMillan. I decided to check it out.

At first, I was hesitant. I thought it would sound identical to other music that was coming out from other faith-based artists. Although that’s not terrible, I still wanted to hear something new, something different.

By the time I reached the second song, I realized that this was something else. I listened to this album almost non-stop for the rest of our vacation. We spent long rides in the car singing along as a family.

And it was during that time that John Mark McMillan came out with a new EP, together with his wife Sarah. It’s called “You Are The Avalanche”. The third song on that EP is called “King of My Heart”.

Flash forward about a year or so, and my wife was organizing a Jewish-Arab youth conference in Israel. A team from the US graciously came to serve in this event, particularly in playing music.

I wasn’t told that this music was good and I need to sing the words, but I reached that conclusion on my own. With my own heart. That may seem like a small thing, but it was a big thing for me.

There are lots of people out there singing “King of My Heart”. Maybe you sing it too.

Here’s my take on that song: