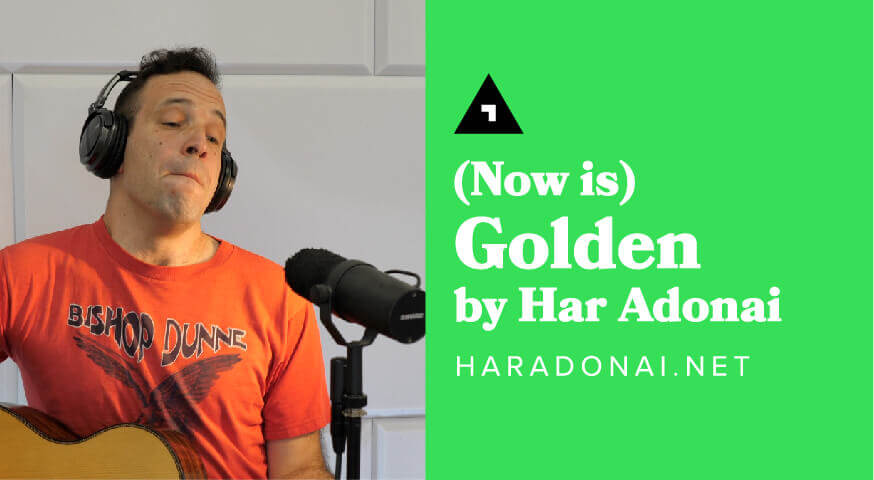 [dropcap]A[/dropcap] few years ago, I had almost stopped making music altogether. I was burnt out and in debt from running a record label and playing shows. One day I locked the door to my office-slash-record-shop and started a new job the next morning.

But over time, it was harder and harder to not make music. I felt the desire to do what I was passionate about. So I looked for ways to make music without burning myself out again.

One thing I decided to do was to write and record songs for people who were close to me. My favorite one of these songs was written for my sister’s 50th birthday. It’s called “(Now is) Golden”. I wrote it originally on a nylon-stringed guitar, and used a slightly alternate tuning.

Here’s me playing it now:

And here are the lyrics:

For now is golden
The gold you’re holdin

Now is precious
And you can’t touch this

Now is special
A raw essential

For now is golden
The gold you’re holdin

Now is wisdom
To rule a kingdom

Now is potent
Face your opponent

Now is golden
A blaze emboldened