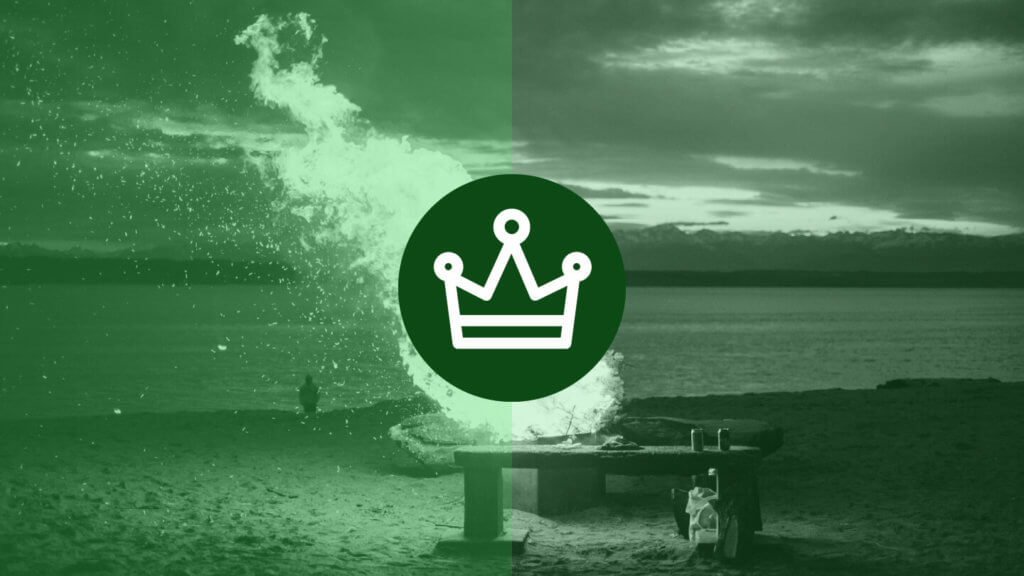 Worship is the Reward: Why It’s OK to Lose Yourself

I have this memory of receiving a birthday gift from my brother when I was around eight years old.

By the time I was born, he was all grown up and out of the house, so I didn’t see him all that often. He would come to visit every once in a while. One day he came by to give me a present for my birthday.

He handed me a rectangular, heavy object. I took it from him and tore away the wrapping paper. What could it be? A box of Transformers? A new video game?

To my utter dismay, I found that I was holding a dictionary. A dictionary… for my birthday. I was so disappointed that I actually cried, right there, in front of my brother. I made no attempt to look happy or say thank you to him. It was awful. My brother just left the house and was gone. I’ve felt bad about that moment ever since.

And as bad as I feel about that moment, I think of how I’ve done the same thing to God over and over again.

I have been blessed with a gift from God. He gave me the ability to worship Him through music. In my early teenage years, I learned to play guitar, sing, and write songs. Later on in life, He gave me opportunities to play on worship teams, lead worship, and to be on staff with a worship ministry.

But I didn’t always appreciate those opportunities as I should have. At times, I saw them as a means to an end. I thought that if I chose to use my gifts in worship, God would “be nice to me” and one day let me do the other stuff I wanted to do in life. This shows that I didn’t understand the gift I’ve been given.

The truth is that God isn’t just “nice” to me, He loves me. He loves me so much He gave me all these opportunities to worship Him. My brother gave me a dictionary to express his love. Maybe we didn’t know each other well enough. But God knows me on a deeper level, and gave me gifts accordingly.

But in my heart, I treated both my brother and God the same.

When the ark was being brought into Jerusalem, his response was to remove his royal garments and dance before God with all of his might (2 Sam. 6:14). The source text for this historical account implies “whirling and twirling.” Can you imagine some of today’s world leaders taking off their suit jackets, and whirling and twirling in public? That’s not the kind of PR these guys are usually looking for.

But here’s the point – we all need something to whirl and twirl about.

A long time ago, the Israelites in the desert tragically decided it was in their best interest to worship a golden calf. It says that after they made sacrifices, and after they sat down to eat, they “got up and played” (Exodus 32:6). The source text here implies “laughing in a playful manner.” Although this is not exactly the same thing as “whirling and twirling,” I believe that both have something in common.

They both allude to the desire to cast off inhibition.

The account of David dancing before the Lord also hints that he took off his clothes to do so (2 Sam. 6:20). My understanding of this is that David removed the garments that identified him with royalty in order to worship God. He cast off his royal status before Him – he lost himself.

I need something like this in life. I need something that warrants a total casting off of the social order – of all inhibitions. I need to somehow get to that place where I totally lose myself.

This is a big theme in today’s culture. “Lose yourself to the music.” “Go wild to the beat.” Sure, I get it. I’ve been there.

Be it the beat, the music, the pop star, the rock band, the hippie bonfire festival – whatever. Those things don’t have the ability to properly receive my deepest adorations. They are not worthy of the casting off of all my inhibitions.

If I lose myself to this stuff, I only end up lost. And then I have to go find myself again. All this does is drain my time and resources – my life. It can keep someone in an endless cycle of working to find yourself just so you can lose yourself again. And in the end, nothing gets accomplished.

That’s not the kind of life I want for myself.

But when I lose myself in worship to God, indeed I find myself.

Worship itself is the reward.

So, when God gives you the gift to worship Him, don’t think that it’s going to lead you anywhere in life other than closer to Him. And if you can’t appreciate that, you’re like an 8-year-old boy crying on his birthday. You’ve just been given a gift, and you don’t even realize it.

This article originally appeared on the day & night worship blog, it has been reposted with permission.