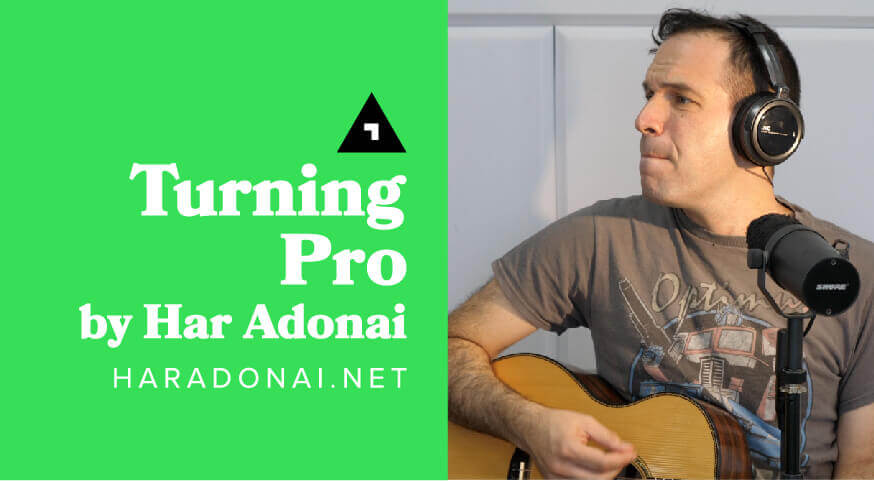 What Do You Do When You Belong to Two Cultures?

[dropcap]F[/dropcap]or years I struggled in life. I was torn. I was drawn to one culture, but I was a part of another culture.

A childhood in suburban America gave me a deep love for the beauty found in independent rock music, in skateboarding, and in the modern Western mythology found in films, art, and comic books.

But the people I belonged to were the people who follow God, His Word, and profess faith in the atoning sacrifice of His Son, Yeshua (Jesus). And when you’re part of a people group, a culture grows up around it.

Over the years, I learned to play the guitar, and I used it to express songs that were already forming in my mind. My love for bands like Dinosaur Jr., Pavement, Guided by Voices, and the lesser-known Polyphemus influenced my music style.

I started playing in bands, playing shows, and I made studio recordings. But every attempt to fully embrace my art and culture made me feel like I was walking a tightrope, like I was treading in a world where I didn’t belong.

Being in a rock band exposes you to all kinds of things. Maybe you can imagine things like substance abuse, promiscuous behavior, and generally rebellious behavior.

Those things weren’t the really big issues. If they were around, they were only hinted at. And whenever there was a hint, I made sure to run the other way.

What was prevalent, however, pervasive even, was a brooding sense of self-pity. A focus on one’s self. A wallowing in an emotional state that kept you in a sort of immature stasis.

Every song you wrote, every guitar riff you play, are yours and yours alone. They’re immeasurably valuable, and no one can have them but you. You are the god of your art. And everyone should worship you.

That is just plain wrong. It’s a wrong way to treat your fans, your band members, your friends, and your family. And it will leave you lonely and alone.

After years of this kind of living, I became sick of it. I just wanted to do what was right in life. I wanted to make a living, care for my family, and not be immature any more.

I tried. I shut down my record label and distribution. I hardly played any more shows. I got a job in an office somewhere. And I was unhappy. I had no vision.

I decided to ask to play worship music at the 24-hour house of prayer worship center run by my in-laws. The music plays for 24 hours a day there, seven days a week.

There was a challenge. I felt like I was walking the tightrope again, but this time it was different. The pressure was to create beautiful music, but that also encouraged people to worship God. Music that wasn’t about me or my feelings.

Now, there are plenty of songs like that out there, plenty of hymns and worship songs. The problem is, I didn’t write those songs.

I wrote a whole bunch of other songs, so what do I do with them? Can I not play those songs during my worship time?

I decided it was time for some new songs. So I wrote a couple. Some were better than others. But one of the songs had the greatest effect on myself. It encouraged me to worship. I remember playing it on one of those Saturday nights, completely spent. I let everything that was in me out.

But aside from that moment – a defining moment for me – I haven’t played that song all that much. In fact, I’ve been writing and rewriting the lyrics for years, just trying to get it right.

Here’s my current version of the song, currently called “Turning Pro”. The title is inspired by Steven Pressfield’s book of the same name. Also, it’s inspired by the following passage from Psalms 16:

“You will show me the path of life; In Your presence is fullness of joy; At Your right hand are pleasures forevermore.” – Psalm 16:11 [NKJV]

It’s about making a choice to serve God as your life’s occupation.

Here’s me playing it:

You, You talk in rhymes
a thousand times
and wind blows chimes
and people spend
their dimes in vain

Oh, how we live
and learn to give
it’s positive
that nothing gives
with Your embrace

You, You know my name
You took my shame
and stay the same
while we proclaim
how great You are

To be a pro
at bowing low
unto Your throne

Right now I’m just one guy with a guitar. I have a journey ahead of me. Interested in helping me create a fully-realized worship experience with more musicians, more gear, and more tools for expression? Click here to partner with me on Patreon.
Posted in Uncategorized

2 thoughts on “What Do You Do When You Belong to Two Cultures?”