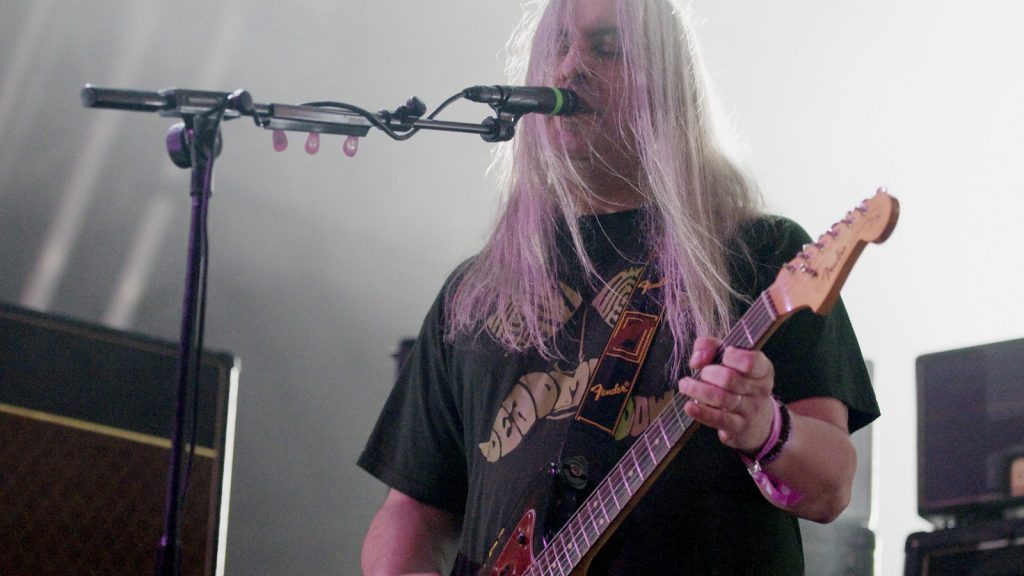 The album of the hour around here isn’t all that new – it’s Dinosaur Jr.’s “Farm” from 2009. It’s what’s been blasting from the car stereo when I take my kids to school.

There’s wall of sound, the guitars, the cracked crooning of frontman J Mascis. There’s the bang-the-bass-guitar rockin-out by Lou Barlow. And there’s the rocksteady drumming of Murph. All have come together in a mature offering. It’s a celebration of the best things in punk, heavy metal, and classic rock. And it’s all presented in a trademark weird way, up to the album artwork by Marq Spusta.

I had the privilege of meeting Dinosaur Jr. in the season before this album came out. They had just reunited with their original pre-90s lineup. They were performing in Tel-Aviv. As someone who turned his back on suburban America to live in the Middle East, I never imagined I would get to see Dinosaur Jr. live. Nor did I imagine that I would get to meet them and chat with J.

But what can we learn from this album?

Stick with what works

So yeah, J, Lou, and Murph are older now. And more mature. And that’s what this album sounds like – in a good way. No, they didn’t ditch the three-piece guitar-bass-drums format. There are no elaborate string arrangements. There’s no choir of backup singers (which are all cool if that’s your kind of thing). These guys just got back together and went to work.

What works has a way of bringing people together

Indie rock legend has it that J wasn’t too easy to get along with back in the day. And the animosity grew to where J worked on reforming Dinosaur Jr. a few times with other members. And those other formations weren’t half bad, but they weren’t the original. The guys had to go down the road of time – close to 20 years – to come to the place when they could work together again.

I recently read a review of J’s new solo acoustic album “Tied to a Star” on Pitchfork. It referred to J as being a “figure of such towering goodwill in the indie world.” What a wonderful way to be thought of. Bad band history aside, all J claims to be today is a guy who plays guitar really loud – and a dad to a six-year-old son. Such an attitude gives you some air to appreciate the music, instead of get swallowed whole by some guy’s (or band’s) image.

If screeching loud melodic indie rock isn’t your thing – I get it. I grew up with the stuff. But I encourage you to take the time to look at your own art. To see what works and stick with it. To see where you may have dropped the axe in your earlier collaborations, and to let attitude and persona go and be humble.